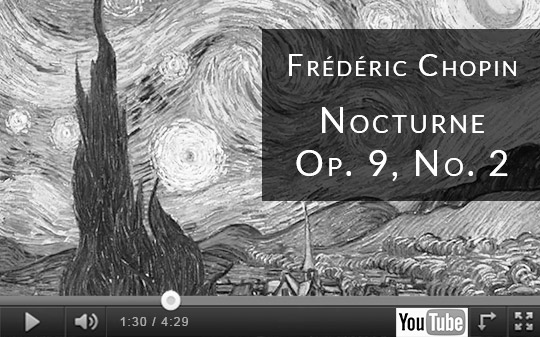 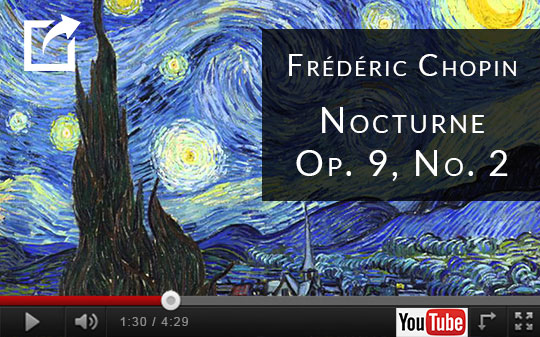 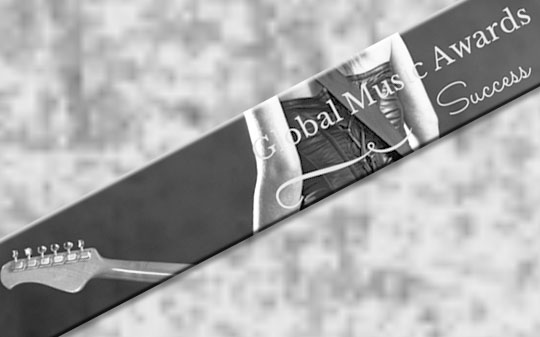 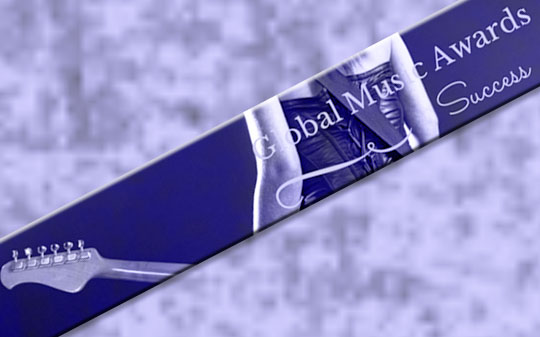 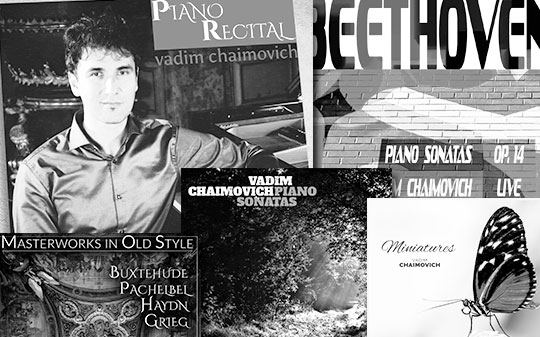 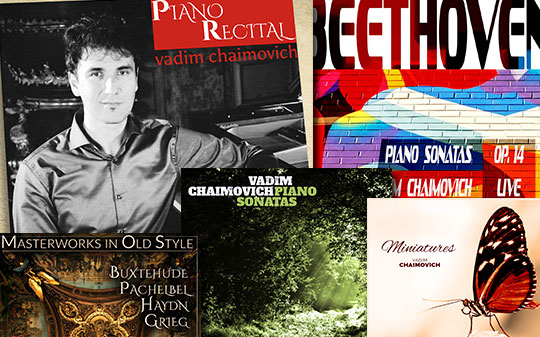 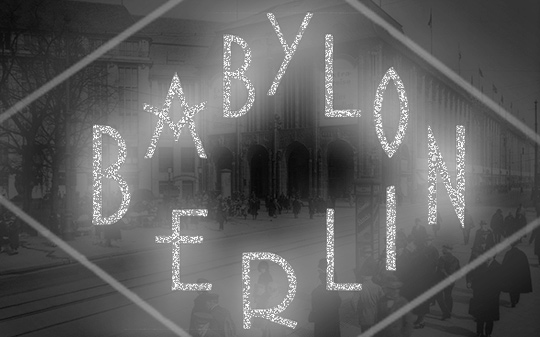 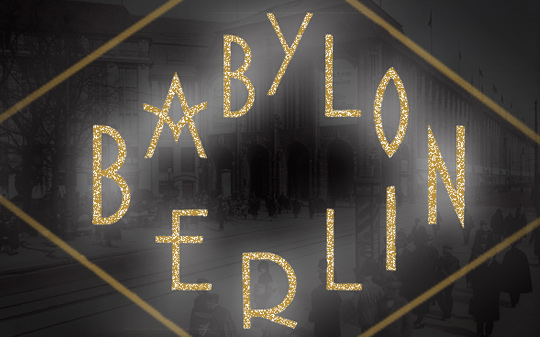 was born in Vilnius, Lithuania, and began studying piano at the age of five, giving his USSR debut performance with an orchestra just two years later. His winning the First Prize at the «Virtuosi per Musica di Pianoforte» International Competition in Usti nad Labem (Czech Republic) in 1991 was followed by more awards at international competitions in Lithuania, Poland and Russia. Vadim Chaimovich is a graduate with honors from a few conservatoires of music. His teachers were two distinguished musicians: Lev Natochenny in Frankfurt and Peter Rösel in Dresden, - both of them students of the legendary Lev Oborin. He rounded up his skills in master classes with Claude Frank, Rudolf Kehrer, Gary Graffman and Eugen Indjic.

The pianist has given numerous concerts in several European countries, Japan and the USA, among others at the Musikverein (Vienna) and Carnegie Hall (New York), the Kulturpalast (Dresden), the Paderewski Hall (Lausanne), the Théâtre du Vevey, the Cortot Hall (Paris), the Grand Opera House (Cairo), the Great Hall of the Moscow Conservatoire as well as at such international music festivals as the Meranofest (Italy), the Verbier Festival and Academy (Switzerland), the Schlern International Music Festival (Italy), the Styraburg Fest (Austria), the Dresden Music Festival, the Kassel Music Festival, the Schleswig-Holstein Music Festival, the Rosetti Festival and the Putbus Festival (Germany). He collaborated with the Lithuanian Chamber Orchestra, the Sinfonietta Dresden, the Dortmund Philharmonic Orchestra, the North Hungarian Symphony Orchestra, the Orchestra Filarmonica di Bacau and the Chamber Orchestra of Central Germany.

In 2008 Vadim Chaimovich recorded a CD with works by Haydn and Mozart for the classical music label Sheva Collection. His second CD featuring works by Rachmaninoff, Mendelssohn and Chopin appeared in 2010. His third live CD «Kontraste» appeared in 2013 and received two prestigious «Global Music Awards». As of recent, several digital-only albums comprising works by classical and romantic composers were released by Halidon Music.

Vadim's recordings can be heard in several film and TV productions, as of late and most notably, in the new TV series «Babylon Berlin» (2017) by the internationally acclaimed German film director Tom Tykwer. With over one hundred thirty-five million views (January 2020), his interpretation of the famous «Nocturne in E-flat Major» by Frédéric Chopin is among the most popular classical music recordings on YouTube.

... He plays with great passion and abandon. However, it is the balance between temperament and technical brilliance, between apparent rigour and making use of rhythmical possibilities that marks his interpretations. The young Lithuanian combines highest precision with impassionate abandon, sensible touch with the will to individual interpretation ...

In some sense Chaimovich is like a simmering and permanently active volcano, who sometimes gently streams music and sometimes bursts out in dangerous eruptions, yet always glittering in wonderful colours – a highly impressive spectacle!

«Music x-rayed to the bones: a magnificent recital with Vadim Chaimovich»

Vadim Chaimovich belongs to the generation of those artists of the piano who came in contact with the piano culture at a very early age. From this source he developed the earnestness and power which surpass all the measurable and comparable. It is due to this enormous artistic potential that he takes the risk of leaving the ground of the commonly popular and pleasant in favour of piano works which, on the one hand, are not frequently performed in public and, on the other, require being interpreted from within in order to unfold their charm ...

... the encores for which the public had demanded with standing ovations turned out to be treats of a light and pleasant kind. A closing movement of a Mozart sonata, an allegretto, was brilliantly metamorphosed to a presto without losing its Mozartian charm. A peaceful Mendelssohn from the Songs without words streamed like a soothing echo of a memorable evening.

... There are a lot of virtuoso pianists in today's music world. However, only few go to fathom the highs and lows of piano music to the extent Vadim Chaimovich does ... At the very beginning of his recital Chaimovich played two sonatas by the Italian baroque composer Domenico Scarlatti. Listening to the first few bars was enough to guess a master of expressive and eloquent touch. Every theme had its own character, every scale a soul of its own ... His exceptional musicality was a heavenly gift. As if Vadim Chaimovich was able to get in the way that Liszt had once been feeling. The soft mysteriously beautiful high-pitched passages sounded otherworldly – just like the dashing arpeggios and scary tremolos on basses. Chaimovich's Liszt was of world-class caliber ...

Vadim Chaimovich's sensitive and impeccable performance left a lasting impression on the audience at the fifth subscription concert of the local Arts Society ... The hallmark of his playing was the slow and intensive savoring of the fine nuances, while demonstrating skill and strength where necessary ... Along with all its virtuosity, Chaimovich's playing constantly remained intelligent and expressive which found reflection in the tone whose major qualities were transparency and clearly defined contours. The Andante [from W. A. Mozart's Dürnitz Sonata in B-flat Major, K281] marked "amoroso" offered the pianist another opportunity to show his talent by making the most of this fanciful movement's expressive potential. Likewise, the strings of trills in both hands in the closing Rondo sounded much more than mere add-on embellishments meant solely to show off manual dexterity.

«Magician at the piano, Vadim Chaimovich»

... By popular request the prize winner at numerous international music competitions gave his third guest performance at the "Die Villa" arts center at which he presented the audience with a wonderful program. The numerous classical music lovers, many of them from outside the local area, gave the artist much thundering applause ... It has become a tradition that the extraordinary Lithuanian pianist opens the concert season at the "Die Villa" in Pinswang. He fascinates listeners with his technical brilliance as much as with his devotion to the compositions he performs ...

«Sounds from the Realm of Perfection»

... he performed the most complex and demanding compositions with incomparable effortlessness. The audience realized it very soon that something extraordinary was happening here, namely, that there was a perfect harmony between the interpreter and the composition ... Lovely chords were caressing the listeners' ears like the wings of a butterfly ... The audience's meditative silence can be pointed out as a great praise ... The prolonged applause drew two encores by Chopin and Scriabin ...

... Vadim Chaimovich turned out to be the star of the evening. He had chosen some demanding and seldom-performed piano works for his recital. To come to the point: this young artist's personality inspires big hopes. Chaimovich both possesses a profound technique and is a gifted interpreter.

Chaimovich began with Joseph Haydn's sonata in A flat Major, which he played with instinctive sureness and competence ... Before the break Chaimovich also presented Robert Schumann's Humoreske Op. 20. The introduction was performed with truly Schumanesque sensibility, and then contrasting moods followed: first humorously perky, then aggressive, then once again tender, then dramatic, and in between over and over pensive moments full of poetry ...

After the break Chaimovich played Franz Schubert's late piano sonata in A Major D 959. Here, too, the energetic approach was predominant. However, he created contasts ... astonishing virtuoso repetitions, absolutely sure touch, and alongside with this – enchanting lyrical passages. His acrobatic hands and fingers seem to be able to easily cope with anything. The audience was quite taken with the concert.

Whenever a prize winner of renowned piano competitions gives a recital, the expectations are rightly high. Vadim Chaimovich exceeded all expectations and convinced the public on a very high level during his concert at the Villa Wieser of Herxheim. His playing was characterized by brilliance, tension and verve ...

Chaimovich possesses a rich palette of timbres, but first and foremost a sure technique. The latter allowed him to bring out all the refinements and irony of the devilishly difficult Mephisto Waltz ...

It was highly impressive to hear this artist and watch his hands moving!

«Virtuoso at the piano»

On Sunday evening the young Lithuanian pianist Vadim Chaimovich offered the packed house an excellent performance of pieces by Schubert and Rachmaninoff. It was already at the beginning that Schubert's Impromptu in B flat major ... revealed to the audience the whole wide range of the artist's skills: precise touch, elaborate technique and fine musicianship ...

«An evening full of romanticism»

... From the very beginning the pianist let the music just be itself ... He asserted nothing except what the pieces themselves contained ... Very often the piano sounded like a complex carillon ... [In the sonata Op. 5 by Johannes Brahms] he went the way inwards. In the fast movements he came on strong with technical fireworks, making the beauty of the cantilenas shine in the slow movements. From these starting points he got to the core of the music. He turned his attention to the overall architecture and created opulent trends ...

... It was a true highlight that Die Villa in Pinswang started its 2012 concert series with. As the host of the event Alexander Holzammer announced to the numerous guests at the beginning of the soirée, the "absolutely amazing pianist" Vadim Chaimovich, who "had already performed here twice with much success", was going "to open the new concert season" that night. That the Lithuanian-born pianist chose to play Frédéric Chopin's Fourth Ballad, one of Holzammer's favorite compositions, was not only to the latter's liking. Already before the break the brilliant young pianist received prolonged rapturous applause spiced up with a few bravos ...

Discover over three hours of Vadim's recordings on Soundcloud: the diversified collection contains compositions ranging from Baroque to 20th century and features both world famous masterpieces like some of Chopin's nocturnes and music rarities.

The following digital albums and compact discs are available for streaming and download on Amazon, Apple Music, YouTube Music and Google Play Music. In case you are using the popular streaming service Spotify, Vadim's music is of course also available there. Follow to stay in touch! 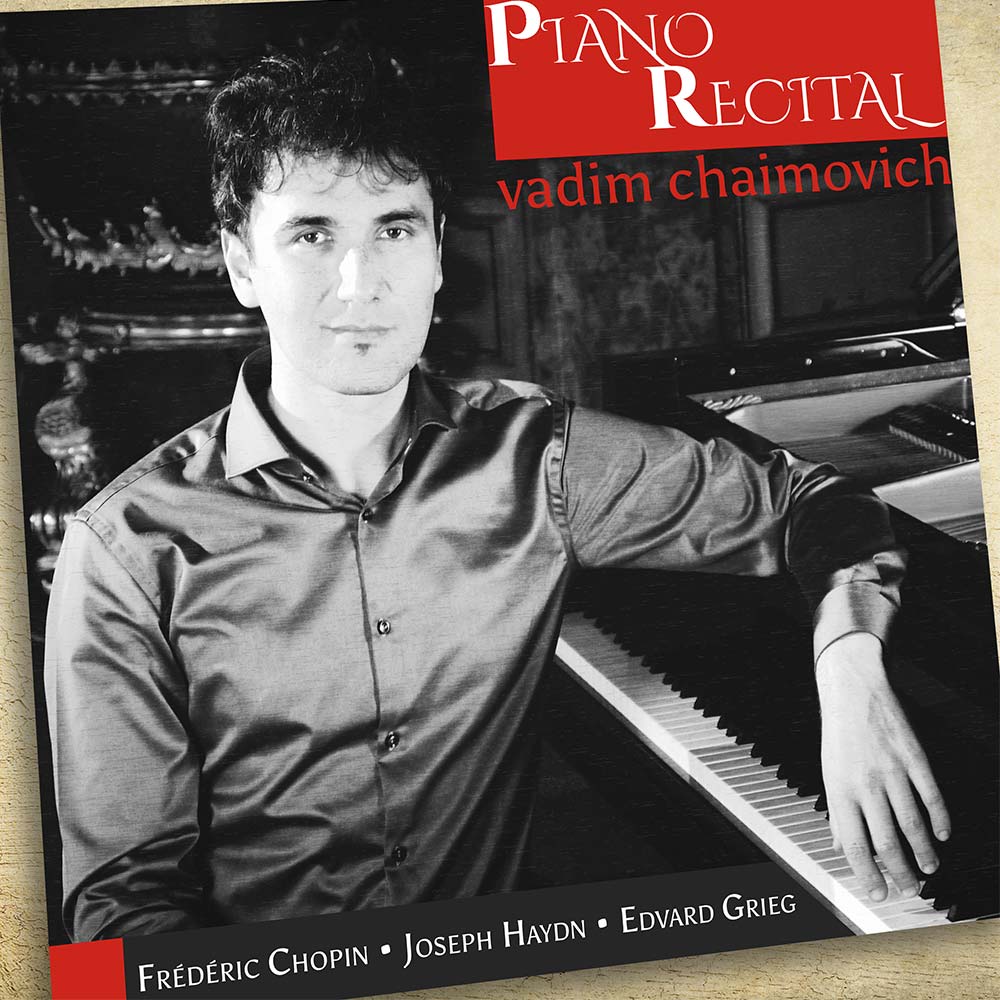 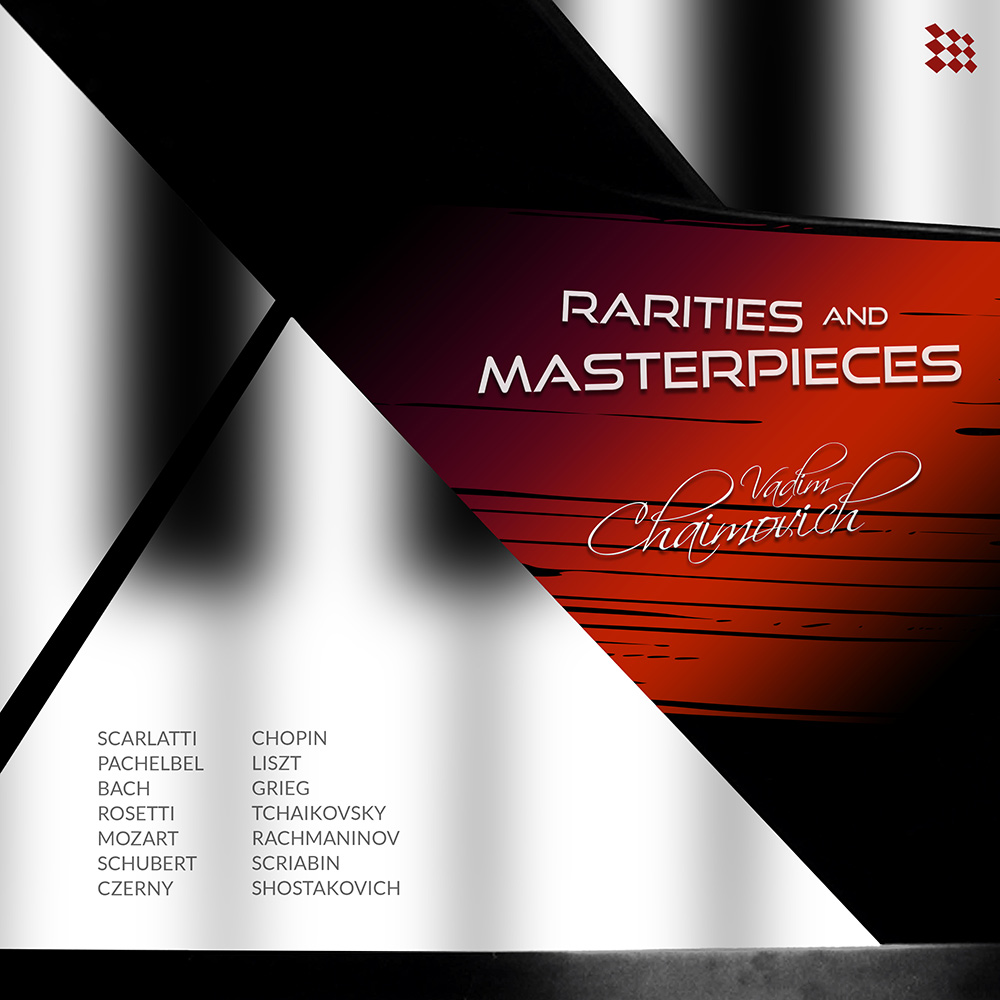 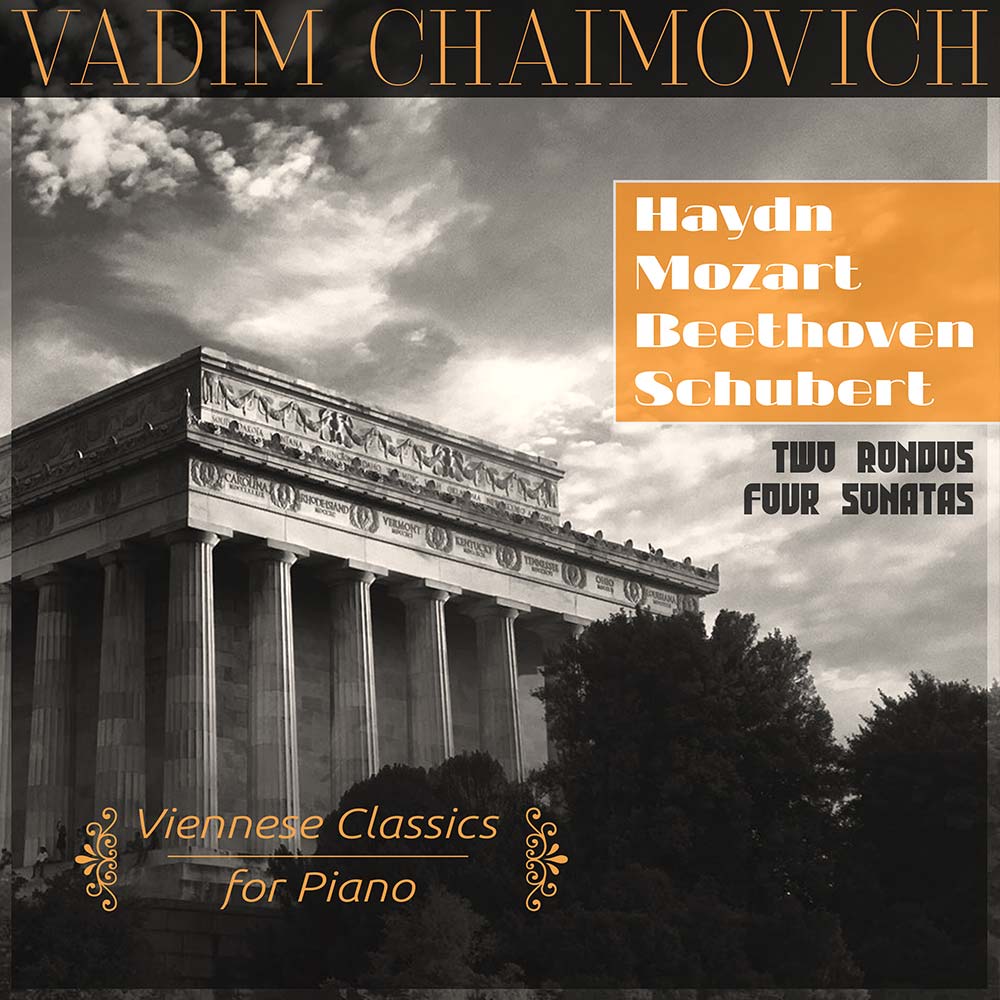 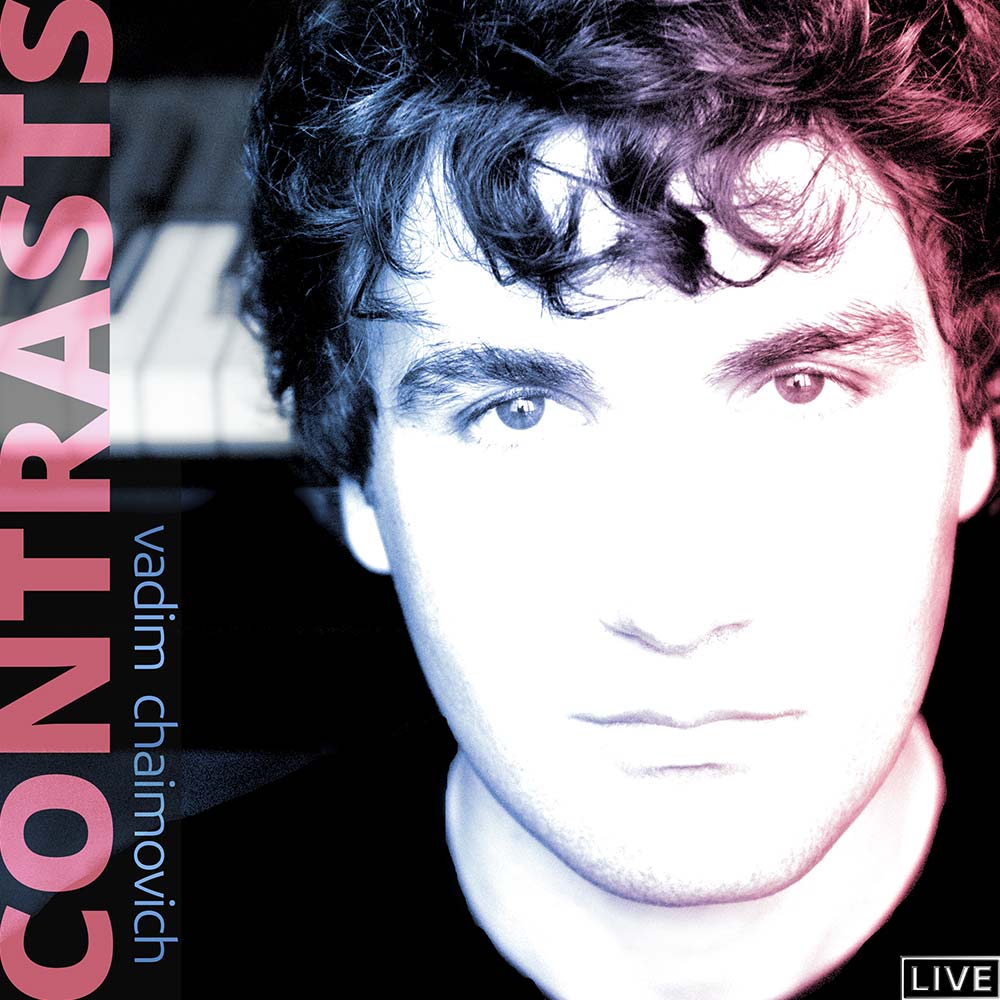 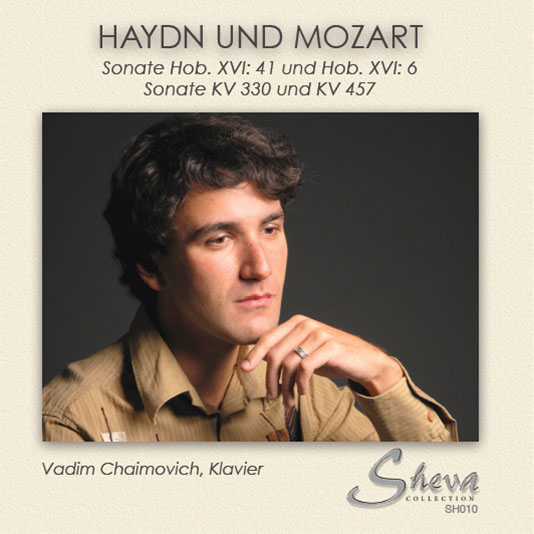 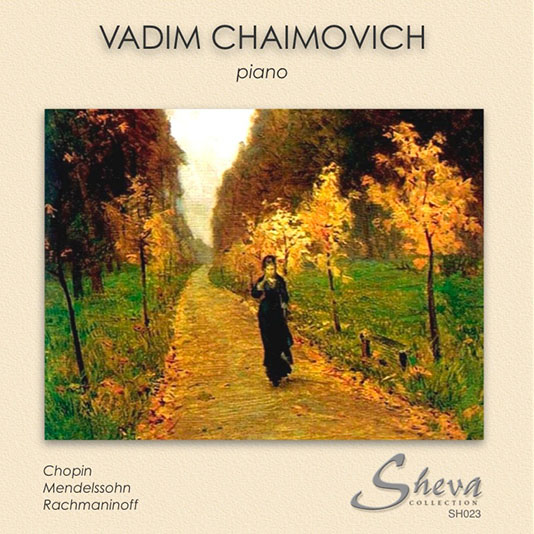 by J. S. Bach after A. Marcello 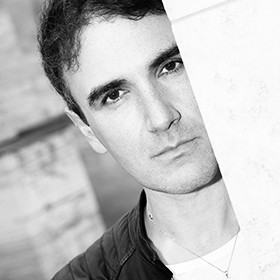 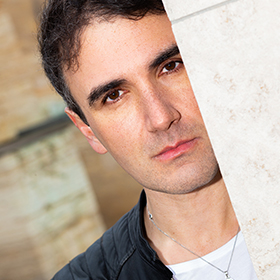 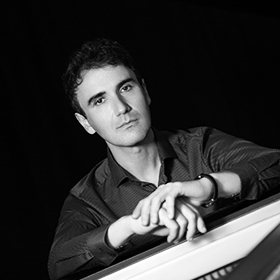 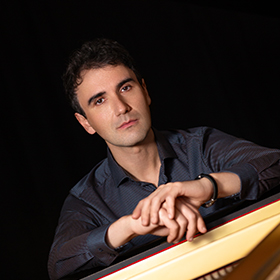 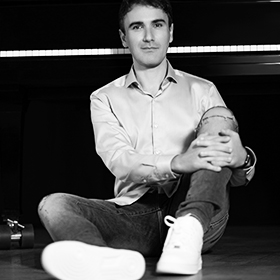 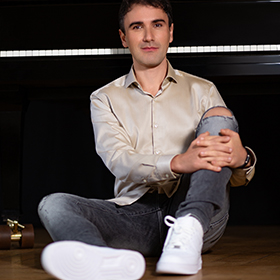 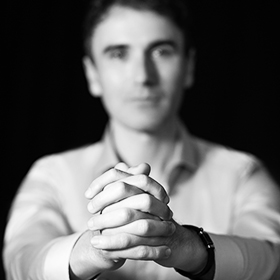 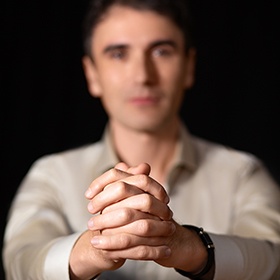 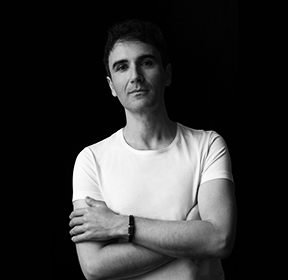 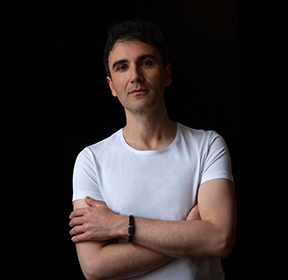 Philipp Stubenrauch held a double bass in his hands for the first time at the age of 13. After completing secondary school, he initially studied at the Music Academy in Frankfurt with Günter Klaus, then in Munich at the Academy of the Symphonieorchester des Bayerischen Rundfunks. Finally his studies took him to Geneva, where he was a member of Franco Petracchi’s soloist class. In 2004 he completed his diploma in Frankfurt and thereafter was engaged as principal double bassist by the Symphonieorchester des Bayerischen Rundfunks. Philipp Stubenrauch has won two separate awards from the German federal “Jugend musiziert” Competition, a second prize at the “Júlio Cardona” Competition in Portugal and 2005 at the Markneukirchen Music Competition. He gained orchestral experience in the German Federal Youth Orchestra, the Young German Philharmonic and in the Gustav Mahler Youth Orchestra. Meanwhile he himself is a regular instructor for the Bavarian Youth Orchestra. Beyond this, he also teaches at the Academy of the Akademie des Symphonieorchesters, at the Munich Music Academy and receives invitations to give master classes all over the world. Philipp Stubenrauch is a co-founder of the nonSordino Ensemble and a member of the Clemente Ensemble. Further chamber music partners include Valery Afanassiev, Maria João Pires and Maximilian Hornung. In 2014 a CD was released with chamber music by Sofia Gubaidulina, on which he can be heard with Wen-Sinn Yang, Franz Halasz and Hariolf Schlichtig. Philipp Stubenrauch plays an instrument built by Giuseppe Guadagnini in Como in 1780.

for your feedback, comments, questions, booking requests & everything else on your mind:

Stay in touch on social networks: